Vulcan wore a Holux M1000C GPS logger at the Castlepoint run on Sunday (actually at the Whakatiki rivermouth just before Castlepoint proper). The track recorded is shown below. Bear in mind that the sea level and river were much higher than shown, some of the dogs got very, very wet. 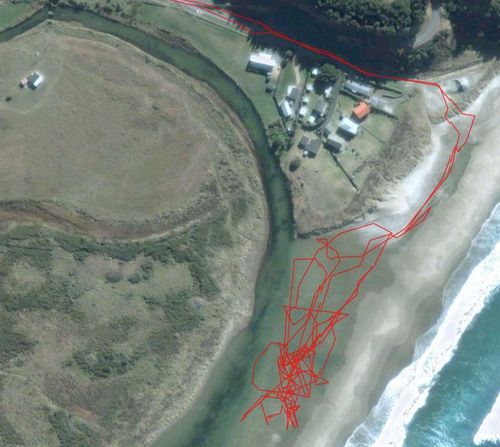 Next image shows the data for a point on the recorded track. 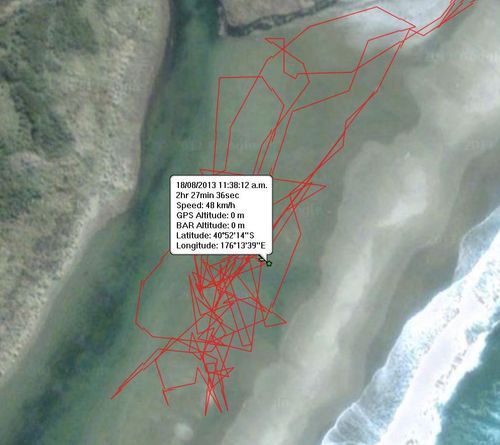 It is also possible to display a graph showing speeds during the run. This shows that the average speed of a pack of greyhounds messing around is quite low, but they reached speeds of up to 48km/h for short periods though generally ran at lower peak speeds than that.